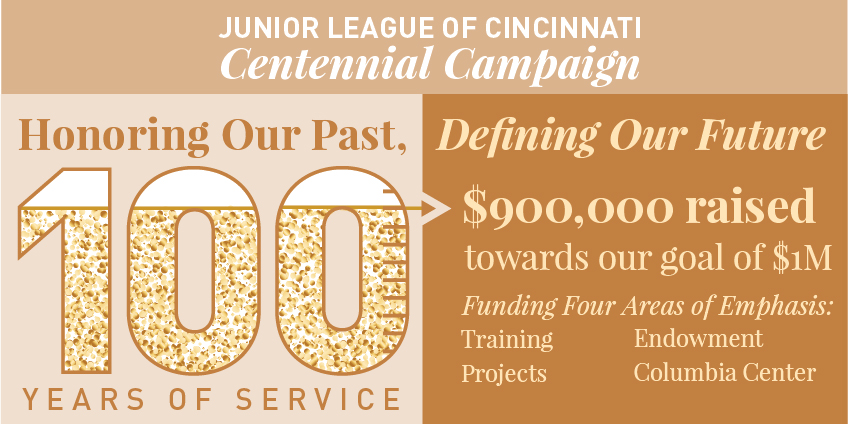 The following donors have made a pledge to our Centennial Campaign in celebration of our 100th anniversary, enabling us to honor our past and define our future.

The JLC Annual Fund supports our mission to develop the potential of women and improve our communities. One hundred percent of the monies generated underwrite training and volunteer programs. DONATE NOW.

By continuing to use the site, you agree to the use of cookies. more information